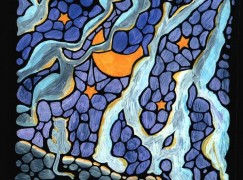 A Kensington financier has secured a court order to limit his neighbours’ piano practise to two hours a day.

His neighbours are two teenaged brothers, one of whom, James Carrabino, 17, is a former finalist in the BBC’s Young Musician of the Year. His parents are appealing the ban.

Joao Baptista, a man with three substantial homes, said: ‘It was torture, the repetition of piano playing, day after day, again and again. It was a tremendous imposition on us, we could not use the hallway or the study without the deafening sound of piano.’

He added: ‘We had to stop having people over for dinner, it was just awful. We could not even have conversations, even at weekends, we would have to stay away from the house.

‘It was fine when they were younger, their fingers were weaker, but now it is just a constant torture. Once they decided they wanted to become professional entertainers it has been a nightmare.’