Prince Charles has agreed to be Patron of this year’s Menuhin Competition. 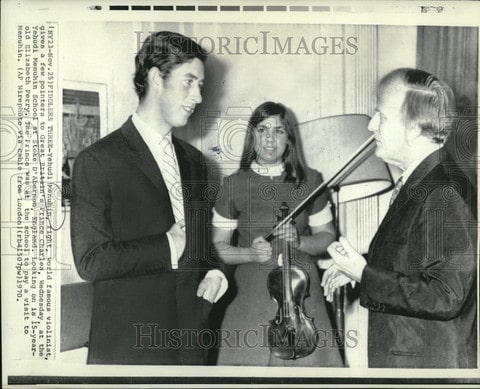 The Menuhin Competition London 2016 is delighted to announce that The Prince Of Waleshas agreed to be the Patron of the world’s leading Competition for young violinists.

The Prince knew Yehudi Menuhin well, so it is fitting that in the year that the Competition celebrates Menuhin’s Centenary, that His Royal Highness is supporting it. In April, theMenuhin Competition returns to the UK and host city of London.

The Competition attracts exceptional young violinists from across the globe, filling London with world class music during the 11-day Festival, celebrating all things Menuhin.

The Prince of Wales is a keen supporter of the arts and actually used to play the cello himself.His Royal Highness said: “As a friend and admirer of Lord Menuhin, I wanted to send my warmest good wishes to all the gifted young competitors taking part in the Menuhin Competition London 2016 and hope that lifelong friendships will be forged with fellow musicians from around the world. The Menuhin Competition provides tremendous opportunities for the competitors to perform, to learn from one another, to receive the guidance of the jury and to give masterclasses in schools and the community through the outreach programme. This combination is what makes the event so very special.”