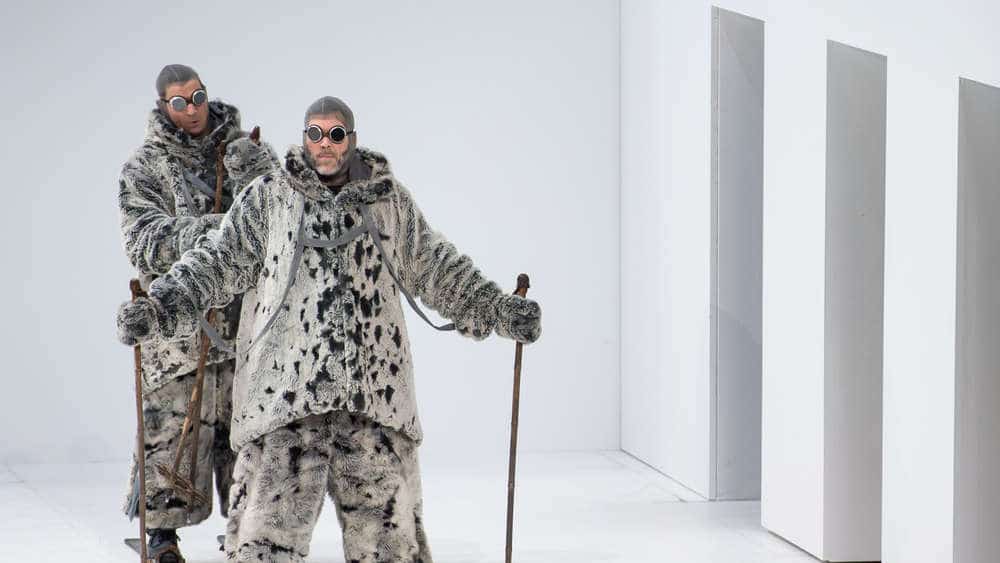 It’s one of those operas where you know the English team can’t win. It’s called South Pole. Captain Scott got beaten there in 1911 by Roald Amundsen’s Norwegian team. Scott’s team perished on the way home. It’s a tragedy that haunted my childhood, and my father’s before me.

But is it an opera?

The Bavarian State Opera went bold. Neither the young Czech composer Miroslav Srnka nor his librettist Tom Holloway had written a main-stage work before. The cast was business-class: Rolando Villazon as Scott, Thomas Hampson as Amundsen, Mojca Erdmann and Tara Erraught as their dream-ladies. Hans Neuenfels directed. Kirill Petrenko conducted. On paper, it was the go-to new opera of 2016.

South Pole the first opera I have seen that opens and closes with someone singing in Morse code. The set is so glaringly bright there is literally nowhere to hide – for singers, or for the director who runs out of gestures once the ponies and the dogs have been slaughtered. Neuenfels is an animal lover. His Bayreuth Lohengrin had the chorus dressed as giant rats.

Musically, the score is immense in every sense. It has six clarinets, four trumpets, an accordion and a percussion section that includes Hyoshigi, Rin Gong and steel drums. The composer clearly knows his Wozzeck but he gets over it soon enough and there are some touching lyrical passages once the women come dreaming in. Knowing the outcome in advance, the narrative is still strong enough to grip for two full hours and all the famous lines are there. ‘I may be some time…’ Petrenko’s sense of musical time is a marvel in itself.

Scott’s team occupy the left half of the stage, Amundsen’s the right. They act, but don’t sing, in counterpoint.  The glare is oppressive. The rivals are united in misery and dignity. Tara Erraught, in black, is all that Scott has given up for his mission. Mojca Erdmann, in a revealing white shift, is Amundesen’s temptation. They serenade men’s folly in soaring, flawless lines. Thomas Hampson plays the role of his life as Amundsen, his brutal ambition aligned  to a noble regard for man and nature. His musicianship in the toughest passages is a miracle of insouciance.

Villazon, sadly, is the weak link. His voice lacks power and, surprisingly beauty. His acting consists of throwing up his arms at every setback and his English is incomprehensible.

Yes, South Pole is sung in English. Much of the time, except when Hampson was centre stage, I looked up at the German surtitles to see what they were on about. In an English opera, the English language lost.

Every major opera manager in Europe was at the opening night – except the English, who cannot afford to stage anything bigger than a matchbox. Since you are unlikely to see South Pole at any British or American opera house, I urge you to see it now in Munich, while tickets last. South Pole is literally state of the art, a strong indicator of where opera is heading in the next decade.

The worst orchestra in the world to manage? »