In the turbulent world of major artist agencies, ownership challenged IMG Artists has snatched a v-p from generationally challenged CAMI. Oh, it’s all happening out there.

It has been announced that Toby Tumarkin CAMI Music’s Executive Vice President since 2010 and a CAMI lifer since 1999 is joining IMG as Senior Vice President of Artists and Attractions. It’s a confidence booster for IMG and a blow for CAMI.

At CAMI, Tumarkin has been responsible for the US careers of Mariza, Natalie MacMaster, Leahy, Diego El Cigala, Chucho Valdes and Buika, and the international careers of The Hot Sardines, Jon Batiste, Cameron Carpenter, The East Village Opera Company and Cherryholmes. 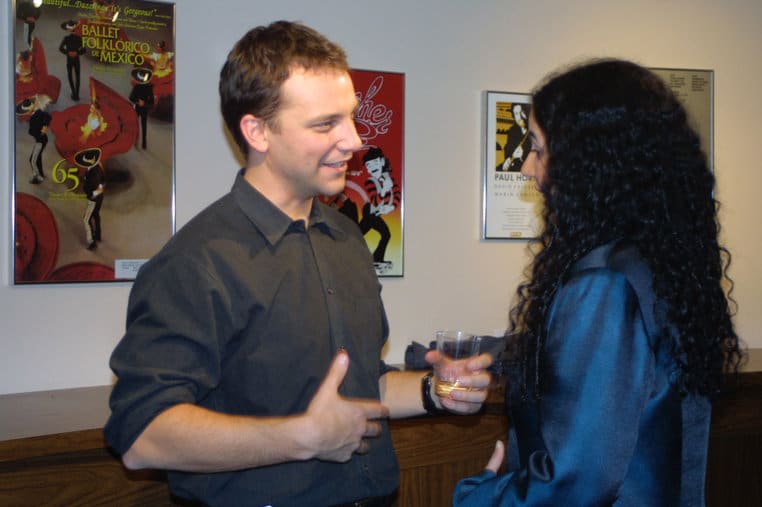 IMG Artists is delighted to welcome Toby Tumarkin as Senior Vice President of Artists and Attractions. Through this new role, Mr. Tumarkin will work with the current teams to create and produce new projects and shows, further develop the international scope of the company’s Attractions roster and provide his renowned artistic insights and strategic savvy to the careers of musicians from multiple genres. He will be based in IMGA’s New York headquarters.

Lorna Aizlewood, IMG Artists’ Chief Operating Officer and General Counsel, said: “We are delighted to welcome Toby to the IMG Artists family.  His vast experience and knowledge of both artists and attractions will be an incredible strategic addition to our world-leading team.  We look forward to working with him to continue to develop our global business.”

Mr. Tumarkin said: “I am thrilled to be joining the team at IMG Artists, and am looking forward to working with and helping to grow their fantastic roster of artists.  Having an international presence and a diverse group of artists and attractions is vital to the success of a modern performing arts management company, and IMGA has both of those.”

Toby Tumarkin joins IMGA from CAMI Music, where he has served as Executive Vice President for the past six years. He began his career in 1999 at Columbia Artists Management as a regional booking agent, later serving as National Sales Director and Vice President.

During his tenure with CAMI and CAMI Music, Mr. Tumarkin expanded both rosters to include more than a dozen Grammy®-winning and nominated artists. He was also instrumental in introducing diverse musical genres, such as Portuguese fado, bluegrass and flamenco, to many theaters across The US.

Mr. Tumarkin is one of the founders of NextGen (now WAA 35 Below), the Western Arts Alliance’s program created to foster relationships between young professionals in the performing arts. He is also a member of the inaugural class of the Association of Performing Arts Presenters’ Emerging Leaders Institute.

A native of New York City, Mr. Tumarkin holds a BA in Psychology from Vassar College and a Post-Graduate diploma in voice from Trinity College London.