An opera about a dentist (you know you need to go)

McTeague, an unqualified dentist, loses his job, kills his wife and joins the gold rush. More or less. Based on an 1899 novel by Frank Norris, it beame the plot of Erich von Stroheim’s 1924 movie, Greed. 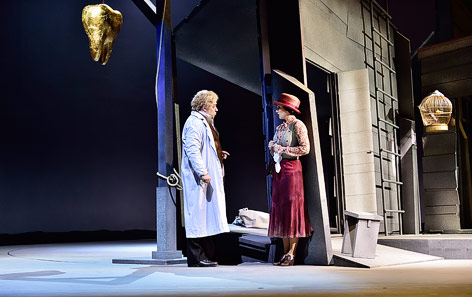 The original New York Times review is even more confused.