Peter Kamnitzer, viola player in the LaSalle Quartet, has died in Israel at the age of 93.

He co-founded the quartet at Juilliard in 1947 with fellow-refugees and played in it throughout the world until its disbandment in 1987.

The French Prime Minister, Manuel Valls, is married to a professional violinist, Anne Gravoin. They go to music.

Last night, they dropped by backstage in the interval of a concert by the Orchestre Philharmonique de Radio France to see the conductor, Mikko Franck.

Ivan Podyomov, 29, originally from Archangelsk, is the new co-principal oboe of the Royal Concertgebouw Orchestra.

He will share the seat with a fellow-Russian, Alexei Ogrintchouk. 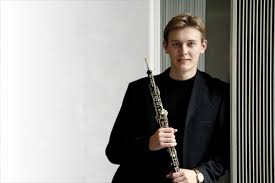 Ivan writes: It’s a huge honour for me to become a part of this fantastic orchestra and especially incredible and touching is to be a colleague of my dear friend Alexei Ogrintchouk, whose very kind participation has been so significant for me during last almost 23 years that we know ea

US mass media got excited. They thought she was someone connected to Kanye West.

Kim has had to go on the record to deny any connection with those plastic people.

‘I’m a middle-aged mother and a classical musician,’ she protests.

Can’t anyone tell the difference? 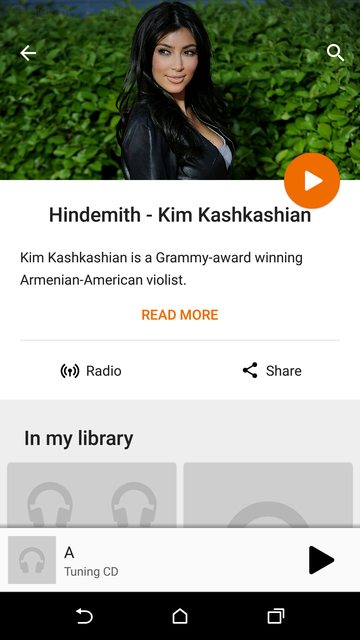 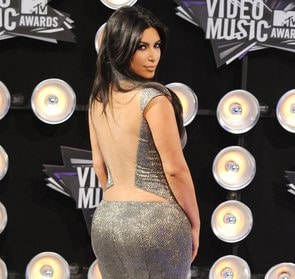 In an interview on BBC’s Front Row, I returned to a simple solution for Britain’s perpetual opera crisis.

Over the past 25 years, one or other of the Arts Council England’s biggest clients – Royal Opera House, English National Opera, National Theatre, Royal Shakespeare Company – has been under threat of cuts or closure after falling foul of ACE’s arrogant bureaucrats and budgetary controls.

Put simply, ACE has proved itself inadequate time and again in dealing with major international companies. It has conveyed uncertainty instead of confidence, hostility instead of support.

The best way to assure long-term budgetary stability at the four companies is to remove them from ACE control and place them – like the British Museum and national galleries – under direct funding from government, through the Department for Culture, Media and Sport.

The ACE is not competent at handling big artistic enterprises.

You can hear the interview here (just after the 10 minute mark).

Searching for something else, we came across this almost unwatched and altogether fascinating video of the Berlin Philharmonic music director reminiscing about his musical antecedents in the multicultural city of Liverpool.

The infrastructures and organisations he describes still exist – except for the record stores.

The HBO drama series ‘Vinyl’ focusses on life in the old record industry. Typically, Herbie gets in first.

Our review is from an industry veteran who asks to remains anonymous.

The first scene in HBO’s new series “Vinyl” opens with a close up of Richie Finestra, the CEO of American Century, a fictional record label, in the conference room at PolyGram records, in the mid-seventies underneath a large black and white portrait of conductor Herbert von Karajan. As the camera pulls back and switches to the German executives the voice over is heard to say: “This is my story clouded by lost brain cells, self-aggrandizement, and maybe a little B.S.”

This series sprung from the mind of Mick Jagger and was developed by Martin Scorsese and Terrence Winter. While not a documentary, or even a docudrama “Vinyl” shows many of the personality types that have been in the record business since its inception. Most the events in the show have happened at one time or another, just not at the same time, by the same people, in the same place.

For those who have read “Hit men”, “Mansion on the Hill”, or “Exploding” many of the types associated with the record business are illustrated. A touch or Morris Levy, a hint of Walter Yetnikoff, a bit of Paul Castellano and a dash of Joe Isgro. The era of the seventies as the record business was becoming more corporate and less entrepreneurial is the background while music tastes were fragmenting with the advent of punk, disco and the legacy acts shows how Fenestra had to navigate through his own personal demons as well as the changing landscape of his business and musical tastes.

The anachronisms are rampant, PolyGram did not exist in that form, and Mercury Records was purchased by Phonogram, the version of PolyGram that did exist, at that time. The fictional American Century was not sold in the series. The highlights for many people was the reference by the fictional PolyGram executives to “The Led Zeppelins”. The A&R meeting where Fenestra and Julie Silver threaten their staff has happened from time to time. But the word that should never be spoken out loud was said. “Recoupment”. Maury Gold in trying to get an extension from the mob enforcer, Corrado Galasso, on his gambling debt payments talks about how advertising, promotion, manufacturing, and other expenses are charged back against the artist’s royalty accounts. “If the drummer drinks a Pepsi at the session he is paying for it at a huge mark-up”.

Nowadays the music business is run by people whose expertise is spreadsheets, demographic studies, and corporate reports to shareholders and regulators. As the late Stan Cornyn said, in his book, “Exploding”: “The suits won.” With such large amounts of money at risk and the change in how consumers obtain music the dollars and sense are spent.

A long time industry veteran once said: “Back in the day thick volumes were written about the music business. Now it all can be summed up in 140 characters.” The era of “Vinyl” has come and gone but the stories sure were colorful.

On the 20th anniversary of her father’s death, the daughter of Mieczyslaw Weinberg has been talking for the first time about his sad decline during the course of his second marriage.

She maintains that his late conversion to Russian Orthodoxy was against his free will and that his wife’s mother had worked as a psychiatrist at the state institute where Weinberg was imprisoned under Stalin.

This is a terrible personal tragedy of a great Soviet artist. It is written in Russian. (Google may help.) Read here.