The Met music director was to have conducted this week in Philadelphia.

But the orch in a press release says it has been told the trip would be ‘detrimental to his current medical treatment’, presumably for Parkinson’s Disease.

The NY Times has just reported that the Met is once more considering Levine’s immediate future.

The fast-rising Karina Canellakis is flying to Copenhagen to replace Yuri Temirkanov, who has pulled out of this week’s concerts because of a family illness. The announcement quotes the orchestra’s music director Fabio Luisi saying: ‘Karina Canellakis is on her way to becoming a great conductor.’ 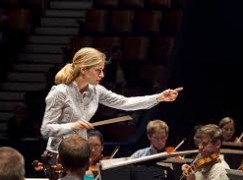 In her latest diary entry on joining the Artemis Quartet, Anthea Kreston finds she has even more to adjust to than just changing ensemble and country. 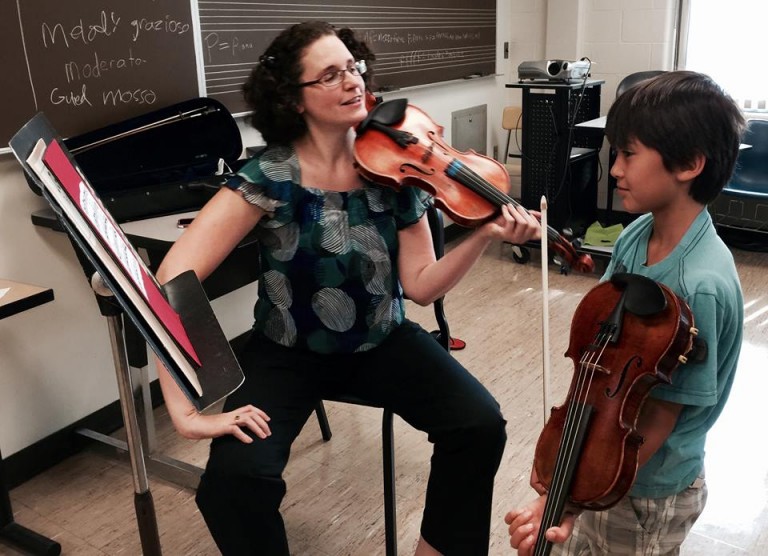 Looking at the calendar, I realize that we have our first concerts three weeks from today. The frenetic energy and non-stop doing of the past three weeks will not abate, but it has already changed course. Instead of packing, tying up endless loose ends, and saying farewell to family and friends, we are getting settled in our new apartment, figuring out the ubahn, finding the grocery store, and trying to make the girls’ landing as spectacular and filled with wonder as possible.

The Artemis is just my kind of band – everyone is super organized, both in and out of the practice room, and excited to dig in, and dig in hard to these amazing pieces. And we sweat during the rehearsals. You know – the Artemis is one of just a few groups which performs standing up, and I was curious if this was the way rehearsals would be conducted. Tomorrow all seven hours will be standing – and the energy expended at the beginning equals the energy at the end.

I was given the master calendar – each day has a 4 hour rehearsal, and often, because of the time crunch, an additional 3 hour rehearsal in the evening. Each rehearsal is assigned a movement, and often two – a big amount of work for the time. They are not content to just “fit me in” to the pieces they have played before – they want to hear my new perspective and are happy to entertain new bowings, colors. Also – I realize that I have to keep on top of learning German – a portion of rehearsals are already in German – I wish I had paid more attention during my (gulp) one semester at Curtis all those years ago. Luckily Jason’s German is fairly good, and he got some books for me today. I will get a tutor as soon as I can come up for air.

Today was our first rehearsal – because of my emergency back procedure, I was not able to play for a week, and am supposed to be on modified schedule for three weeks (I don’t see this as a realistic option).  I took a double dose of ibuprofen when I came home today, but stitches are holding strong. By tomorrow evening (after 7 hours of rehearsing tomorrow and 4 today) we will have worked our way through the entire Beethoven Op. 59 #1.  Then on to Grieg – and this is the pace for the next three weeks. It reminds me of my student days preparing for international competitions – a blend of (un?)realistic optimism, passion, and determination. “No” is not an option here.

And my family – the girls (age 4&6) can’t possibly understand jetlag – and they can’t stay awake past 4:00 in the afternoon. They wake up around midnight – last night was later – 2 AM.  Then they want to have kindergarten and jump on the bed and play with their toys. Jason and I take turns cat-napping until around 8.  This morning at 3, they decided to just go upstairs and make breakfast by themselves. Oh dear.

Anyway – all is well! My first work-visa appointment happens Monday, and meetings Tuesday evening with the manager, publicist, and secretary to go over the many logistics of keeping this fine stallion of a quartet running on all cylinders. What a ride though! 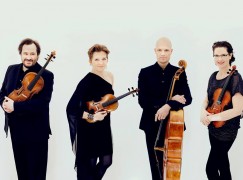 Excited for my second SOLD OUT show in a row here during this trip to Portland, OR! The only downside to this trip is that southwest airlines destroyed my cello… The picture here doesn’t show the fact that the neck fell off, and there were four large cracks on the top…

Thanks to local luthier Caitlin Pugh for her brilliant and quick restoration work, and the use of a loaner for these concerts! Tonight’s show is a duo concert with the great Rachel Barton Pine for “friends of chamber music” organization. 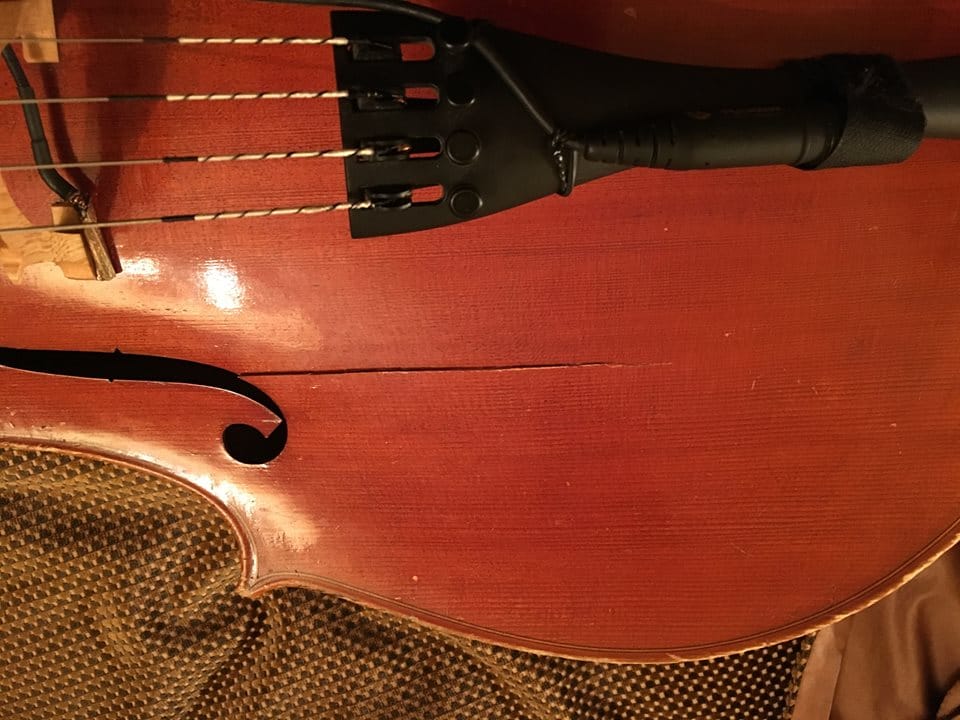 We have been informed by La Scala that, due to a sudden death in the family, Daniel Harding has withdraws from Monday’s concert with the Orchestra Filarmonica della Scala.

We send Daniel our deep sympathies in his time of sorrow. 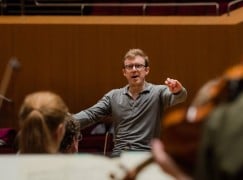 Catherine Gardner, a Canadian soprano, is gathering information for a doctoral thesis on how women perform in opera and concert while expecting a child. Catherine herself sang Richard Strauss’s Four Last Songs a week before giving birth.

When I became pregnant with my daughter, I searched for information about how my changing body would affect every aspect of my singing and performing. Finding the information lacking, I decided to focus on this topic for my doctoral work at the University of Toronto. I am currently in the data-collection stages of this research, which includes in-depth interviews with pregnant and recently pregnant classical singers in Canada, the U.S. and Europe.

Premiere in Amsterdam on April 9. 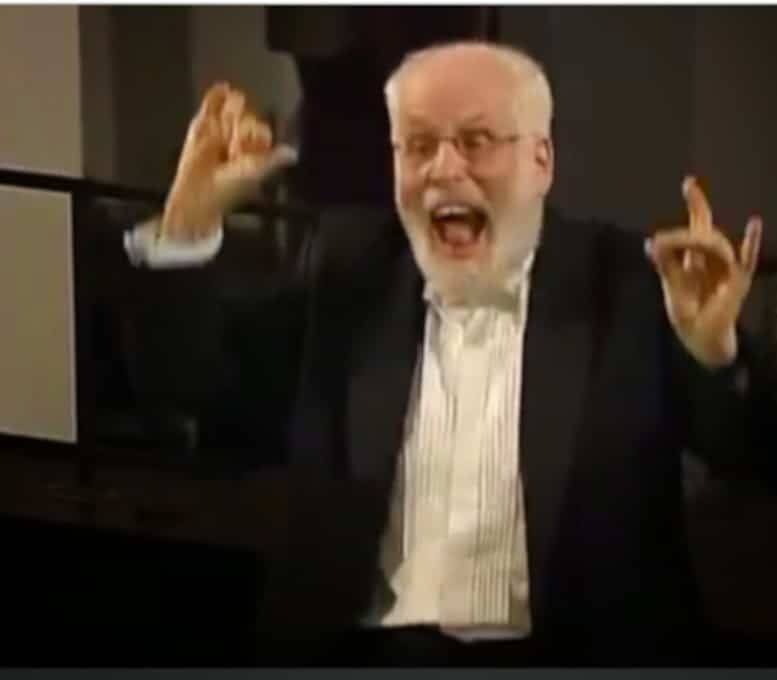 When he finished, he made the station a gift of his piano – a Yamaha grand. 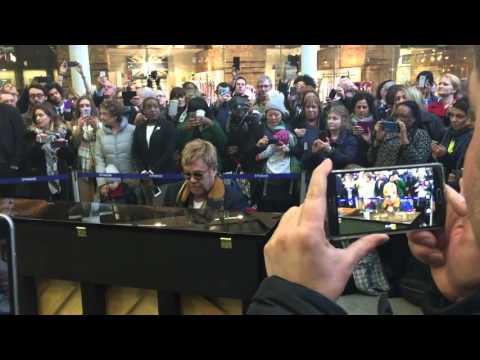