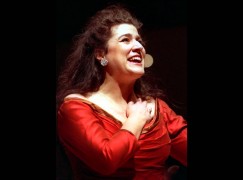 Reading backwards, on Friday night a pianist of advanced years will make his belated debut. Simon Rattle, the name is. There has been a late programme change here.

Thursday evening, the guvnor John Gilhooly will go live online to break the new season, including – for the first time – live streaming.

And more. Twice as many £5 tickets for under-35s. Apparently, parts of the Wigmore Hall have undergone a demographic metamorphosis.

A woman composer in residence.

The Wigmore just carries on reinventing itself. Don’t miss the launch.

Selections from the press release below.

Doubling of number of £5 tickets offered to under 35s

Schubert: The Complete Songs continues with outstanding and compelling visions of the composer’s late song-cycles, as well as the songs in English as part of Wigmore Hall’s Learning programme

Wigmore Hall’s rich legacy of great performances, artistic revelations and creative daring is set to grow throughout the 2016/17 season. The Hall’s Chief Executive and Artistic Director John Gilhooly was last Sunday named as one of Britain’s 500 most influential people in Debrett’s 2016 People of Today list, published in The Sunday Times. He announces his bold new 2016/17 programme on Thursday 28 January, shortly before a performance given by an ensemble of remarkable young artists. The season launch and subsequent concert is the first event to be streamed live from Wigmore Hall, inaugurating an online series designed to broaden international access to Europe’s leading venue for chamber music, early music and song. It was also announced that Wigmore Hall’s 115th Anniversary Gala Concerts on 31 May, 1 & 2 June 2016 will be streamed live in partnership with medici.tv.

Wigmore Hall now attracts capacity audiences to many of its 488 concerts each year,’ observes John Gilhooly. ‘We want to share the experience of great music-making with the greatest possible number of people. This is why we created a world-class digital studio as part of our £2.1 million building infrastructure upgrade last year. I am also delighted to announce that, as a result of its overwhelming success, we will increase our £5 ticket scheme for Under-35s from 10,000 tickets this season to 20,000 tickets in 2016/17. Our digital capability and work to attract new and younger audiences belong to the Hall’s vitally important investment in its future.’

Several substantial new series come to Wigmore Hall in 2016/17. Igor Levit starts his first complete survey of Beethoven’s piano sonatas in a major concert hall, comprising a total of eight concerts. Beethoven Cycle: Igor Levit opens on 28 September with four works, including the early Piano Sonata No. 1 in F minor Op. 2 No. 1 and the dramatic ‘Waldstein’ Sonata. Takács Quartet: Beethoven String Quartet Cycle presents a prominent platform for Wigmore Hall’s internationally acclaimed Associate Artists to explore some of the greatest works in the chamber music canon. The Takács Quartet’s series starts on 3 February 2017 and unfolds with five further concerts. Angela Hewitt: The Bach Odyssey, devised by John Gilhooly to run over several seasons, starts on 25 September and continues on 20 January and 10 June. The divinely-inspired composer’s keyboard fantasies, inventions and sinfonias provide the creative launch pad for this landmark series, which will grow in 2016/17 to include a complete survey of the French Suites. Harpsichordist Mahan Esfahani, also at John’s request, begins a long-term survey of Bach’s keyboard works on 21 December with theGoldberg Variations.