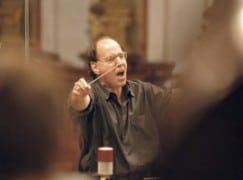 Gil died at 0230 this morning New York time, surrounded by his family. He was 74 years old and had been diagnosed in October with an aggressive cancer.

Gilbert Edmund Kaplan was a brilliant publisher who, aged 26, shook up Wall Street with a forensic, gossipy, must-read monthly called Institutional Investor. Before 1967 was out, he made his first million.

In the same year, he became obsessed with Mahler’s Second Symphony, to the point where he had to conduct it.

After organising a New York concert in September 1982, he became recognised as the world expert in the work. He acquired the composer’s autograph, published it in facsimile, and found so many errors in the printed score that he obliged Universal Edition to reprint it.

More than 60 orchestras around the world invited him to conduct the work. Contrary to rumour, he never paid for any performances after the first four. A centennial performance of the symphony with the New York Philharmonic in December 2008 was criticised in a blog by the orchestra’s second trombone player, but musicians on the whole learned from his interpretations and many maestros from Georg Solti onwards became close personal friends.

He was a lovely man: warm, funny, loyal and brave. I spent time with him last month and treasure every moment of our friendship, which lasted half my life.

He lived the second half of his life mostly for Mahler.

« A fly on the Boris wall