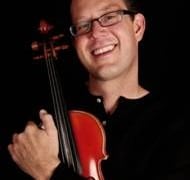 Questions for the Menuhin Competition (and one answer)

The selection for the forthcoming Menuhin Competition has raised a few eyebrows for the huge preponderance of girls over boys – a ratio of 3 to 1, with only one male contestant in the senior finals.

Now the eyebrows rise a little higher on discovering that all four US finalists have connections to Brian Lewis, a judge at the 2014 Menuhin Competition. Mr Lewis was, we are informed, involved in ‘pre-selection’ for the 2016 competition. He is not on the final judging panel.

UPDATE: We have received the following denial from the Menuhin Competition publicist:

We did not find the pre-selection link when we searched the Menuhin site.

Accepting that Brian Lewis was not involved in pre-selection, it seems odd that all four US finalists should declare a connection to the same teacher or masterclass tutor.

Mr Lewis describes himself as ‘one of the most versatile and charismatic violinists on the current scene… an exceptionally dedicated and gifted performer whose passionate artistry has been heard and embraced around the world…. As a dynamic and engaging teacher, Mr. Lewis is committed to growing the legacies of the great pedagogues Dorothy DeLay and Dr. Shin’ichi Suzuki for future generations.’

Here is the connective information from the Menuhin site:

Marley Erickson, age 12, is a student of Simon James and collaborative pianists, Hiro David and Li-Tan Hsu.  She has been a part of the Coleman Violin Studio for almost five years.  As a winner of the 2015 Seattle Symphony Young Artists Audition, Marley is honored to solo with the Seattle Symphony this December.  At age 11, Marley made her solo orchestral debut with the Ottawa Chamber Symphony as part of the Brian Lewis Young Artist Program.  She attended BLYAP again this past summer.

This past summer, Sophie attended the Brian Lewis Young Artist Program. Sophie has played in master classes for Brian Lewis.

He has been a student of Simon James of the Seattle Symphony and piano collaborator Hiro David at the Coleman Violin Studio, having previously studied with Mihoko Hirata. Takumi performed in the 2015 Symposium with Brian Lewis.

Elli Choi has already performed extensively throughout the US, Europe and the Middle East. Elli Choi has been a student in the Pre-College Division of The Juilliard School since she was 7. She studies with Ida Kavafian. … We understand that she has performed twice at a Brian Lewis Symposium.

Opera rises from ashes in Florida »