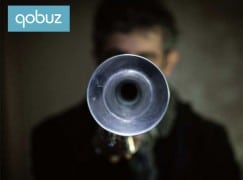 Our cher collègues at resmusica.com report that Yves Riesel will leave the download and streaming service that he co-founded in 2008 as part of its rescue from bankruptcy.

The entire Qobuz team joins me in wishing you all the very best for the New Year ahead, in both music and beyond.

As you may know, the last two years have been particularly difficult for Qobuz. We failed to find the necessary sources to refinance the service, leading to a situation of ‘safeguard’ being declared in the summer of 2014, with administration then being declared in a court in November 2015. After these procedures, the Tribunal has heard a number of different offers in this time and has selected from among them that of Xandrie, who since the 29 December have taken the reigns at Qobuz.

Xandrie, a company which forms part of the Thébaud Group, presented a plan for Qobuz that is very respectful of our current approach, that is to say, very much in keeping with what our clients like about us. After many meetings with Xandrie, the anticipation and careful preparation shown by their leadership has been very encouraging for the Qobuz team, who will now look to closely adhere to the plans for the further development of our service.

We begin today a new chapter in the history of Qobuz. With the same team and indeed, the same project, but doubly fortified in nature, more ambitious than ever, with the backing of a group that has long been missing. Although the end of the story is certainly not that which Alexandre Leforestier and I had dreamed of, we believe that we can be proud of the huge progress made since 2008.

Our thanks also go to the huge numbers of you that had the patience to tolerate our shortcomings and encourage us to develop. Our gratitude also goes out to the representatives of Innovacom Investments and Sigma Management, who supported Qobuz to the end. Without them, Qobuz would not have existed: we will set out in 2016 to immediately prove they have not been wrong to support us, unlike those who did not want to follow their example.

To our users and subscribers who have continually stood behind the values upheld by Qobuz and have shown us incredible support – we hesitated to reach out to you sooner, as we wanted to focus on a positive message that would not see your confidence in us waver. In actual fact, our situation prompted an unbelievable response from you, one that helped us continually break turnover records for the past few months. We will never forget that, and dedicate our future success to your overwhelming solidarity.

What makes a service like ours so unique is the ability we have to support you daily. We are on call every day with the mission to animate the website and applications in a way that ensures you get the absolute most out of your passion for discovery, music, and of course, audio. Of course, should you so desire, our recommendations, editorial content and hand-crafted selections are always there for inspiration, but the most important of all is your ability to exercise your free will, and to be provided with the necessary tools to do so effectively. Independence is and will be always I hope the very nature of Qobuz.

As for myself, I will now take my leave from this wonderful team at Qobuz, without forgetting or losing sight of what we’ve achieved. I will be so proud to watch to the beautiful bricks of this project being laid over the next year or two, and only too happy to see those who never believed in us proven wrong.

How Boulez gathered ideas for a new score »