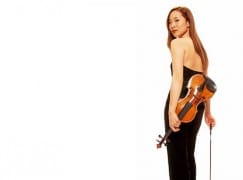 Eugenia Choi, who has been in the tabloids for other reasons, has filed suit against a former business partner over an unorthodox method of purchasing a violin.

According to court papers, entrepreneur Samer Hamadeh asked Choi in 2008 to help him identify a pedigree violin that she would perform in high places, thereby ‘removing the instrument from obscurity.’

She recommended a Giovanni Battista Rogeri, which Hamadeh bought from dealer Rene Morel for $353,400.

Hamadeh then allegedly sold it on for half a million, without telling Choi or giving her a cut of the profit.