The famously shy incoming music director of the Berlin Philharmonic has published a letter to the Danish authorities expressing his concern at plans ‘to permanently decimate the orchestra’ of the royal opera.

He adds: ‘It seems to be the beginning of the deconstruction of an orchestra with an enormous tradition and artistic experience.’

No reply from Schloss Borgen. 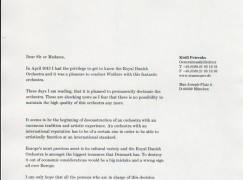 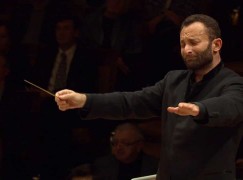