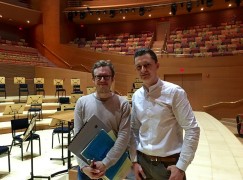 It’s NY vs LA for first US Boulez tribute

New York’s offbeat Le Poisson Rouge has swiftly arranged a tribute concert for Saturday night.
“Au Revoir, Pierre: A Tribute to the Life and Works of Pierre Boulez,” will involve Claire Chase, Taka Kigawa, Ensemble LPR, Miranda Cuckson, and Metropolis Ensemble, plus a whole load of other musicians who are clamouring to get in. Program will be announced shortly, they say. 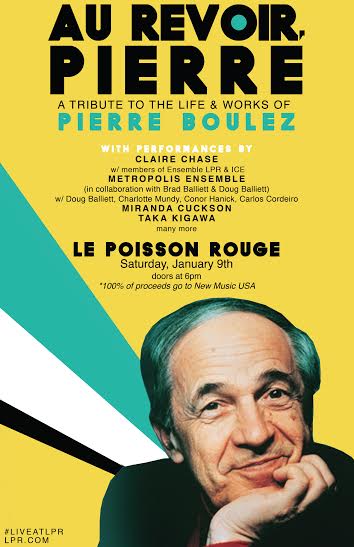 Meanwhile, across the country, the LA Phil are putting finishing touches at Walt Disney Hall on a rare main-stage performance of  Boulez’s “Memoriale” for flute and 8 instruments with conductor Daniel Harding and principal flute Denis Bouriakov.

Any more this weekend?

Nothing in London? (Are we surprised?)

« When a Philharmonia viola broke his collarbone…