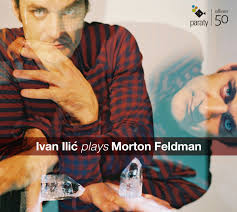 Today, 12 January 2016, would have been Morton Feldman’s 90th birthday. The proximity with Pierre Boulez’s death is a reminder of their relationship, which was strained from the beginning. Boulez dismissed Feldman’s early experiments with graphic notation as “too imprecise” and “too simple” in his correspondence with John Cage.

Nevertheless, it was Feldman’s music which sparked the idea for Boulez’s Éclat (1965): “You listen to some music and you immediately think of what you can extract from it for your own use”, he said.

“I was listening to a work by Feldman. It does not matter which one…at that moment the idea of Éclat came into my mind. Under the influence of Feldman’s piece I realized that one could compose music with short cells, even single chords, which come from nothing and disappear into nothing”.

Boulez’s description of Éclat reads like a perfect characterization of much of Feldman’s work: “I wished to write contemplative music – one which had no direction or perceptible development. The subject itself does not develop – the basic feature of the music is its timbre”.

And more: “I could perhaps liken Éclat to the behavior of fish in an aquarium. They hover motionless for a long time – all we can see is the slow gliding of colors”.

Feldman only found out about Boulez’s admission in 1983, when it was shared by interviewer Bálint András Varga, former head of promotion for Universal Edition. Feldman was “visibly intrigued”.