With a week to go they’re still 13,000 Euros short of target, but one maestro has rallied to the appeal. 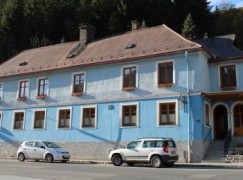