Death of a Mortier protégé, 59

Christoph Schwandt was chief dramaturg at Cologne Opera from 2002 to 2009. Before that, he worked for three years at the Salzburg Festival in Gerard Mortier’s team.

When not on stage he wrote good German biographies of Bizet, Verdi, Janáček and Carl Maria von Weber.

Christoph died on Christmas Eve in Wurzburg, after a long illness. 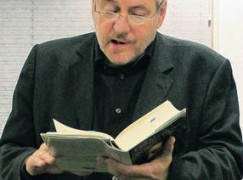