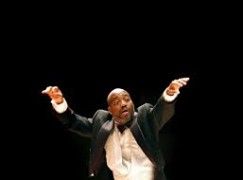 Classical blog shuts down: ‘It’s not the business that needs changing, it’s the people’

One of the longest-running classical blogs, Sticks and Drones, has come to the end of its useful life, or so its co-authors have decided.

Conductors Bill Eddins and Ron Spigelman started sharing their thoughts on September 14, 2007.  They covered the US orchestral scene and achieved a committed, sometimes passionate, readership. But now they have concluded that nothing’s going to change, so why bother?

Despite our best efforts I’m really wondering if S&D had any kind of impact on the profession that we love. Looking across the landscape there is … well, the usual madness. Strange disputes in Fort Worth, Grand Rapids, and Hartford that are based on the usual touchpoints – lack of vision, trust, and money – tho’ the last is a direct consequence of the first two. Meanwhile, the juggernauts keep on juggernauting, oblivious to what is actually happening in classical music, the non-profit equivalent of “too big to fail.” There are a few bright spots, and I’m delighted that The Minnesota Orchestra is one. It is possible that they might forge a different path worth emulating. (Although I recently did set foot in that monstrosity of a new foyer that untold millions was wasted on. Ugh.)

But all and all not much has changed, which leads me to the inevitable conclusion that it’s not the business that needs changing, it’s the people. The problems in Hartford, Grand Rapids, and Fort Worth wouldn’t happen with the proper leadership on all sides, and that includes Board, Administration, and Musicians. This is hard to come by, as shown by the very public disaster at Carnegie Hall last year. Having two outta three doesn’t cut it. On the flip side of that coin is the aforementioned Minnesota Orchestra, where leadership in all three departments has led to an astonishing turnaround. Did the model change in Minnesota? Sure, but not as much as the people did.