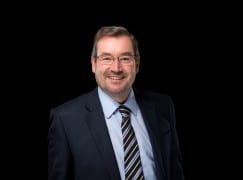 Alun Jones is to become head of Chetham’s School of Music from September, it was officially announced today.

He has been the Head of St. Gabriel’s School, Newbury, since 2001 and was President of the Girls’ Schools Association.

A former Choral Scholar, freelance singer and ad-hoc member of BBC Singers, Mr Jones began his teaching career at The Cathedral School, Llandaff; The United College of the Atlantic; St Donat’s Castle and the Welsh College of Music & Drama – says the press release.

(One Mum tells Slipped Disc: At least this one’s a musician.)

Chetham’s is a school dogged by past scandals that its board of governors has failed to lay to rest. We were first to report Mr Jones’s appointment, a month ago.

A Baltimore conductor has died, aged 67 »