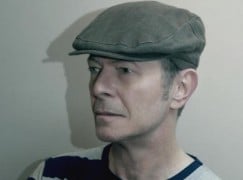 In memoriam: David Bowie and the symphony orchestra

In what he would later describe as his ‘first period of isolation’, David Bowie recorded Peter and the Wolf with the Philadelphia Orchestra. Released in May 1978, he said it was a birthday present for his seven year-old son.

The album, which reached #136 in the US pop charts, is one of the more affecting and appealing readings of the piece.

Around this time, Bowie talked of creating a Gesamtkunsterk for the Salzburg Festival.

The LSO made a memorable recording of Space Oddity as part of a classic rock album.

Bowie’s death was announced today, of cancer. He was 69.

« Vienna Phil still short of the price of a house