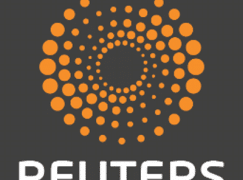 Mike, whose title was Lifestyle and Entertainment Editor, gave serious coverage to the serious arts, interviewing composers, writers, conductors and directors – as well as the red-carpet run of celebs and starlets.

But the agency figured it doesn’t need such luxuries any more, and they can get the celeb stuff for free.

So Mike’s off home to Ireland and Reuters has declared itself brain dead.

The move follows Bloomberg’s decision to shut down its sophisticated arts section, Muse. Reuters’ other rivals, AP and AFP, do not employ an arts specialist.

The Dutilleux year starts in … Wales »