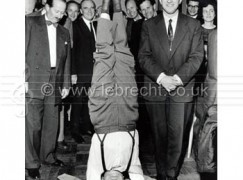 3 out of 4 Menuhin contestants are girls

The 2016 Menuhin Competition has announced its longlists.

Three quarters of the contestants are female.

Even more shocking, there is only one male in the senior section, out of 22 entrants.

The world is topsy turvy. 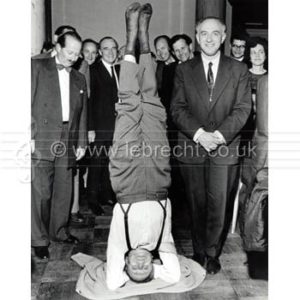 Press release:The world’s leading Competition for young violinists announces its 44 competitors who will come to London in April 2016 to compete in the MENUHIN COMPETITION LONDON 2016. 2016 also celebrates founder Yehudi Menuhin’s centenary, and true to his vision for the Competition, the 44 come from across the globe – BUT surprisingly a staggering 36 out of the 44 competitors are GIRLS! Out of the 22 Seniors (under 22s) there is only 1 boy who was selected, and only 7 boys will compete against 15 girls in the Junior (under 16s) section of the MENUHIN COMPETITION LONDON 2016.

Past prizewinner and 2016 juror Tasmin Little OBE says: “I celebrate the fact that gender is no longer an issue in the world of violinists. I know my mentor Menuhin would also be delighted as, for him, the most important thing was always the music and the musician, and never their gender, colour, creed or nationality.”

The host city of London will be filled with world class music over the eleven day festival (7-17 April 2016) with internationally renowned soloists, major concerts with some of London’s best orchestras, world premieres, exhibitions, family concerts, masterclasses and outreach programmes – with the Competition at its heart.

The youngest competitor in 2016 is 10 year-old Singaporean Samuel Tan, who only started playing the violin at the age of 5 when he saw Elmo playing the violin on Sesame Street! Exciting news for 2016’s host city of London is that there are three British competitors: Louisa Staples (15), Juliette Roos (20) and Mathilde Milwidsky (21). Mathilde is currently studying at the Royal Academy of Music, the Competition’s host conservatoire in London 2016. Louisa currently studies at Surrey’s The Yehudi Menuhin School, of which Juliette is a graduate. The Yehudi Menuhin School also has a young Japanese student through to the Juniors, 13 year-old Coco Tomita. These entrants are especially poignant as the MENUHIN COMPETITION and The Yehudi Menuhin School are two legacies that Menuhin lovingly set up to nurture young violinists. See below the full list of the 44 competitors.

Artistic Director Gordon Back says: “London will be the capital of the violin world in April with a festival of excellence for all to enjoy, celebrating all things Menuhin. The applications for London 2016 broke the Competition’s own record and the overall standard was the highest ever. I know Menuhin would have been proud to see and hear these 44 prodigies, as they step out onto the world stage in his centenary year.”

The world class jurors, including five past MENUHIN COMPETITION prizewinners*, will judge these exceptionally talented young violinists as they play the challenging set repertoire**. Showcasing every aspect of their talent as they compete for the coveted prizes**, the programme demands an extraordinary mix of classical performance – and also improvisation; something new for the Competition introduced by Gordon, as even Menuhin himself found “improv” difficult!

As a charitable trust, the 44 competitors are all invited to stay with Host Families in London – something Menuhin had always championed, so that the young violinists would experience a warm home life in the host city.

Here’s to the MENUHIN COMPETITION LONDON 2016.

Link to all photography INCLUDING 2016 COMPETITORS: here

Five of 2016’s nine jurors are former Menuhin Competition prizewinners and internationally acclaimed performers; testament to the difference the Competition can make to a young musician’s life. The jury of world class soloists is chaired by American violinist Pamela Frank; and former laureates on the jury are Julia Fischer, Ray Chen (who will also be the youngest ever juror of the Competition), Tasmin Little, Ning Feng and Joji Hattori. Menuhin’s son and pianist Jeremy Menuhin, Korean violinist Dong-Suk Kang and director of the Verbier Festival Martin Engstroem complete the line-up.

« Why the New York Phil missed out on the right man