The philanthropist has posted a Youtube video in memory of her friend, Gilbert Kaplan, who died on New Year’s Day.

New online, here’s a 30-minute BBC-TV documentary I made about Gil  Kaplanin 1987 (not as listed), titled ‘Mahler and the Millionaire’.

I think that’s a grey cord suit I’m wearing, very hipster. The hair, too, is of its time. 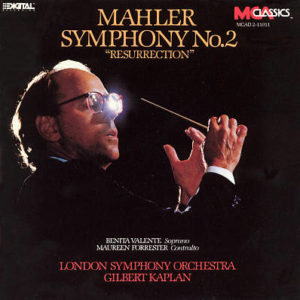 Danny Lai has been touring the camps, where hope is in short supply. He writes:

One of my favorite workshops was a week-long camp we hosted in Mafraq, Jordan. The city took on (and is still taking on) a multitude of Syrian refugees and many of the children cannot possibly comprehend the situation. So we gave them a place to build community, and to learn about and experience the transformative power of music. Every day we had a different instrument for them to learn about, different ways to be reflective on what we are thankful for, and musical performances. Our hope is that we were able to impress on them how to constructively channel our energies into the creative endeavors of music, learn about our culture, and remember that the community of humanity can only be held together through a common language of music.

Read (and help out) here. 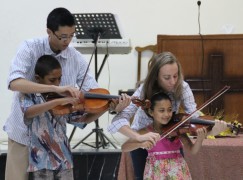 No scratches, no surface noise.

The Laser Turntable employs patented technology that produces phenomenal fidelity while never physically touching the record, thus eliminating the deterioration to the album’s surface inflicted by conventional turntables. The laser’s precision allows you to pick up audio information that has never been touched or damaged by a needle. This virgin audio information is then reproduced without digitization maintaining true analog sound as close as possible to when the master tape was recorded. The Laser Turntable even allows you to play records that have been severely warped or damaged over years of wear and tear.

So what’s the catch?

Wait for the sales. 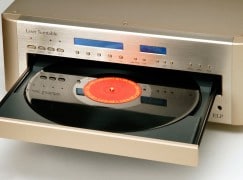 This research study set out to establish whether a lowered jaw position was a ‘principal factor in the tonal success of elite singers.’ This recent paper is part of a long term study which aims to examine top ranking singers with more than ten years’ experience. 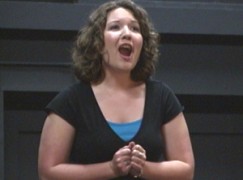 The things you can get by playing the violin… Limitless vanity accessories and hospitality for 100. 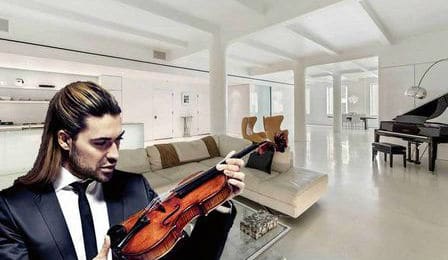 Apparently the place is up for sale. $4 million should clinch it.

We have been informed of the death of Marion Studholme, a pillar of the old Sadlers Wells in the days when opera was of the people, for the people and by the people. Marion was 85.

Among her many roles were Gilda in Rigoletto, Blonde in Il Seraglio, Gretel in Hansel and Gretel and Adele in Wendy Toye’s production of Die Fledermaus. She was Yum Yum in Sadler’s Wells production of the Mikado, after the D’Oyly Carte copyright expired at the end of 1961.

With her husband, Andrew Downie, she appeared in Tyrone Guthrie’s productions of HMS Pinafore and The Pirates of Penzance at the Stratford, Ontario Festival and later in the West End at Her Majesty’s Theatre. She was the headline artist in the Viennese Evenings that launched Raymond Gubbay’s entrepreneurial career, 50 years ago.

Andrew died in 2009 after a fall on the escalator at Highbury and Islington Tube station. Marion is survived by their two sons. 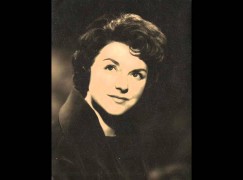 Variety scoops the world with the disclosure that the Hollywood director is working on a life of Byron Janis. He has bought rights to a biography of the US pianist and is planning it as his next film.

Janis, a noted Chopin and Rachmaninov interpreter, now 86 years of age, was lionised in Eastern Europe during the Cold War. He never bothered to enter competitions. This should be some film. 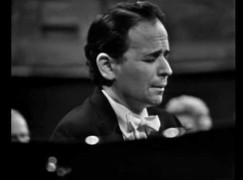 Richard Morrison has done good work in the Times today, coming up with the full story of the dismissal of Stephen Jackson, the popular and vastly competent conductor of the BBC Symphony Chorus.

It appears Stephen could not get on with Paul Hughes, who runs the BBC Symphony Orchestra.

Such stuff happens, especially at the BBC.

But the BBC Radio 3 controller turned the issue nuclear by accusing Stephen of ‘bringing the BBC into disrepute’ and sacking him without due process.

Richard Morrison justly comments that any disrepute was caused by Davey’s peremptory action, justified only by his characteristic management speak. 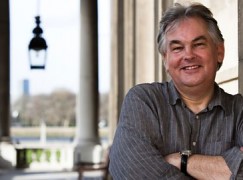 The heirs of composer Francis Poulenc are up in arms over Bavarian Opera’s revival this month of Dialogues des Carmélites, in a 2010 production by Dmitri Cherniakov which deviates significantly from the original plot.

In particular they object to a gas explosion that kills the nuns in the climactic scene, instead of execution.

Last month, the heirs won a French court order prohibiting distribution of the DVD and now they have told Munich to take down the show or face further action.

Munich’s response: ‘The stage direction must have the freedom to deviate from history. Thus the work is not disfigured, but rather its ideas are depicted from today’s viewpoint.’ Our man in the wings says the company is also supporting the DVD distributors in its appeal against the French judgement. 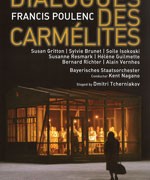 Corinne Auguin, former head of finance at the Opéra de Bordeaux, has been sent to jail for five years, two suspended, for milking 2.27 million Euros from the company’s accounts over a period of ten years.

Her husband was sentenced to three years, one suspended. Both have been ordered to repay the stolen funds. 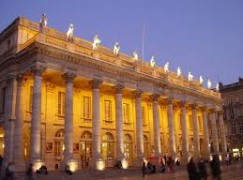 The owner of the ‘General Dupont’ Stradvarius, a China-based millionaire, has been in touch through his New York dealer to say he’s upset by reports that his previous violin was left on a regional train in Germany.

Didn’t happen, he says. And Jennifer Koh last played his violin in 2011.

So it must have been a different violin. But evidence does seem to be pointing to Jennifer as the forgetful fiddler, since she played in Mannheim and Saarbrücken on the dates concerned.

We’ve tried to reach her for confirmation, but the silence is profound.

Happily, the violin is safe. 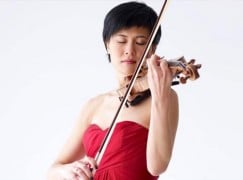 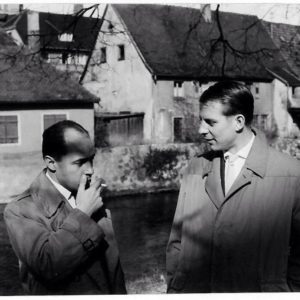