Why the panic over ENO? We name the source

Another letter* appears today in the Guardian, signed by 14 musicians, appealing for a removal of unstated threats to the existence of English National Opera. Letters in The Times likewise relied on ‘rumours flying around’ about the company’s future. No-one has anything specific to go on. This morning, on the BBC’s Today programme, arts editor Will Gomperts did nothing but waffle.

Slipped Disc can name the source of the threat to ENO. It is a real and present danger.

The Arts Council has indicated to a weak ENO chairman and an inexperienced chief executive that they must shrink the payroll. Specifically, they need to cut the size of the chorus and orchestra if they want to receive future funding.

Cressida Pollock, the chief exec, has hired a man to to the job. His name is Gary Smith and he previously demolished the performing staff at Scottish Opera, which now hobbles along as a part-time shadow of its former self.

Smith is the go-to hatchet man for arts companies in trouble.

His title at ENO is ‘HR advisor’.

He is a man with an axe, and he is being paid out of ENO’s public subsidy, the money it receives to put opera on the stage. He is the reason for the rumours, the cause of a justified anxiety among the community of artists. 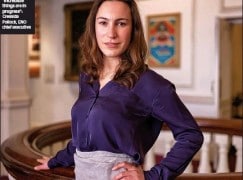 Recent reports in the press suggest that the board of English National Opera has agreed to present only eight operas next season and to cut the contracts of its chorus. Such changes threaten its very existence and we wish to express our opposition to anything that threatens the company of great musicians and singers who are currently giving world class performances under their music directorMark Wigglesworth. Without them there is no ENO. We call on the board to engage in a public consultation process to find ways of preserving and enhancing the work of this beloved company that plays such a crucial role in the country’s creative life.
David Alden
Marin Alsop
Richard Armstrong
Susan Bullock
Sarah Connolly
John Eliot Gardiner
Gwynne Howell
Richard Jones
James MacMillan
Felicity Palmer
Stuart Skelton
Keith Warner
Willard White
John Wilson