Vienna Phil concertmaster: Without great composers, we’d be nothing

Rainer Küchl reflects tenderly on 45 years in the Vienna Philharmonic first seat. Lovely, modest man who ascribes all of his success to others. 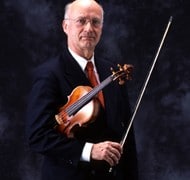