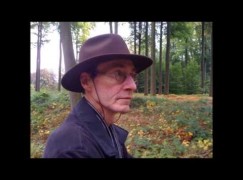 The composer who foretold his death in an opera

A moving remembrance of Luc Brewaeys, by Valerio Tura:

I am utterly shocked to read about the passing of Luc Brewaeys. My relation with him started approximately ten years ago, when I was administrateur artistique at Théâtre Royal de la Monnaie in Bruxelles. Together with our general director Bernard Foccroulle we wanted to stage a new opera composed by him.

Because of various constraints, we needed to have an opera with a very limited number of singers, and no chorus. I knew that Luc could speak and read some Italian, and that, having studied in Italy, he loved Italian culture. Therefore I came up with the idea of asking him to write an opera based on a one-man-play by Pirandello, a piece of genius entitled “L’uomo dal fiore in bocca” (The man with a flower in his mouth).

Pirandello’s play is about a man who contracted an “epitelioma”, a tumour in the mouth, and is facing the approach of his own death: in the heart of the night, in remote and deserted café, he speaks about this, essentially speaking to himself. Luc told me that he knew some other plays by Pirandello: after he read the play he was enthusiastic about the proposal. He then wrote a beautiful and very inspired score, which was sung by Davide Damiani, and conducted by Patrick Davin: the production in February 2007 turned out a very good success.

Shortly after the production I met Luc again, and he candidly told me that he had just been diagnosed a form of “epitelioma” in his own mouth, something he has been battling with ever after, as far as I know. I had never got to know, til then, until what extent music, theatre and life can be intertwined. In some way I must confess that I feel slightly responsible for Luc’s death: he was very kind, cultivated and sympathetic person. Very sad. Sit terra levis.

« The greatest Violetta since Callas?

Musicians are spat upon in Dresden anti-Pegida demo »