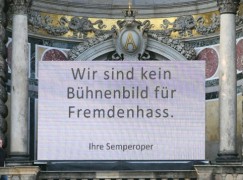 Musicians are spat upon in Dresden anti-Pegida demo

Members of the Semper Oper who staged a demonstration against the anti-immigrant Pegida movement say they were assaulted and spat upon by rightwing sympathisers. 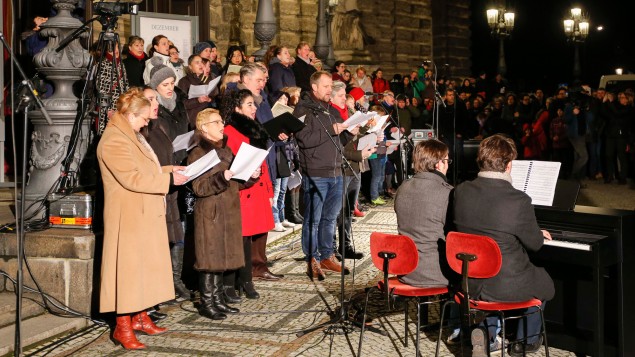 Artists gathered on the opera house steps to sing Beethoven’s Ode to Joy in a festive, non-confrontational atmosphere but they could not ignore hostile reactions.

The Semper Oper has taken a strong public stand against xenophobia.

The Staatskapelle’s music director, Christian Thielemann, was not apparently present.

« The composer who foretold his death in an opera