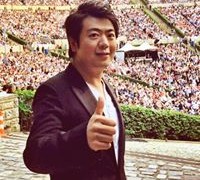 Lang Lang gets hammered in London

The reviews for the Chinese pianist’s performances with the Philharmonia Orchestra this week have been uniformly… epic.

John Allison in the Telegraph:

So can he play Mozart? Not really, but he does manage some exquisite Mozartian effects. Lang Lang’s problem seems to be a flighty attention span, which leaves him bored the moment anything is going well. Too immature to channel his huge talent, he took the biggest liberties in his staccato exaggerations that found him pecking at the notes aggressively — the antithesis of what the Philharmonia was doing under Esa-Pekka Salonen. The slow movement supplied some balm, but he romped noisily though the finale. Nothing added up.

And can he play Chopin? Not on the evidence of his encore, the Waltz in E flat, Op. 18. Touting a cheap imitation, Lang Lang played with a vulgarity seldom, if ever, heard on the London concert platform. For crimes against its national composer, Poland really ought to lock him up and toss the key into the Vistula. 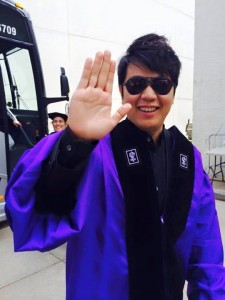 Geoff Brown in The Times:

In Mozart’s Concerto No 24, out came his old trick of raising an idle hand high in the air, throbbing with excess feeling, while other hand works the keys. This clearly impressed some in the packed house, but it did nothing for the sense of continuity in the wonderful music he was playing.

What I heard mirrored what I saw: a string of effects, chiselled notes here, abrupt dynamic shifts there, each phrase leading a separate life from its colleagues ahead and behind.

Richard Fairman in the Financial Times:

Lang Lang is not a performer who can be upstaged easily and his wildly exaggerated playing in Grieg’s Piano Concerto was nothing if not meant to be noticed. The melodies were milked for every last drop of emotion. The faster music was hammered out at top speed regardless of sense or clarity (and not with the precision there should have been). Everything was reduced to showing off in a way that cheapened the music.

There never was any problem with his technique, and there isn’t now, but the implicit message of his playing in the first movement was ‘look at me’. The lovely Rondo which followed was efficient, but neither soloist nor orchestra seemed alive to its beauty; the concluding variations were brilliantly executed, but cold.

Then it was encore time: Chopin’s Grande valse brillante, distorted with relish, and turned into a vehicle for Lang Lang’s superabundant vanity. While Salonen looked impotently on, he accepted his plaudits with practised finesse, and a look in his eyes which seemed to say ‘No, really, you are too, too kind!’

You can’t fault his often formidable dexterity, but this [Grieg] was a wayward interpretation that proceeded by fits and starts. The best of it was perversely exciting, but lurching tempo changes threatened to pull the first movement out of shape, and dynamics were extreme to the point of exaggeration in the adagio. There were plenty of characteristic grand gestures and ecstatic glances towards the audience in moments of rapt contemplation. Playing a passage for the right hand alone, at one point, he placed his left hand over his heart and gazed heavenwards. Salonen just about kept things under control.

The four Chopin Scherzos are often monstrously aggressive, with their hammered chords and machine-gun figuration – what should be filigree seems more like shrapnel – and little space is given to the moments of repose that allow these wonderful pieces to breathe.

Did the Virgin Mary play keyboards? »