Jean Batigne, founder of the Percussions de Strasbourg, has died in the Languedoc at the age of 82.

An award-winning percusssionist, primcipal of the Philarmonique de Strasbourg, Batigne’s focus turned to contemporary music after a seminal conversation with Pierre Boulez in 1959. Two years later, he founded the Percussions de Strasbourg, primarily to advance the performance of modern music. 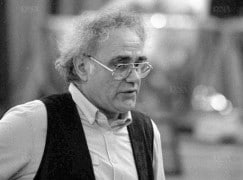