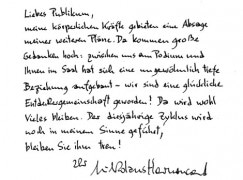 In an insert to the programme book of a pair of Vienna concerts that he was forced to cancel through illness, Nikolaus Harnoncourt has announced that he is stepping down as head of the Concentus Musicus and will not appear again on the concert stage.

Harnoncourt, who turns 86 tomorrow (Dec 6), played cello in the Vienna Symphony Orchestra while forming his own period-instrument ensemble. He became one of the most recorded early-music conductors, branching out to direct major symphony orchestras in 19th and 20th century repertoire, all the way down to Gershwin.

A devout Catholic and devoted husband to Alice, he fostered a family feeling among players, a sense f unity rare in the often disputatious world of period practice. His recorded legacy will stand forever. 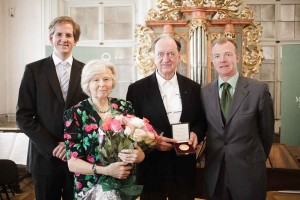 « Look what they did to my bass!

Her ‘great career has come quite naturally, without a struggle’ »