The 20 year-old Italian national Alexander Gadjiev took both the judges’ vote and the audience prize at the elite Japanese piano competition. He also walked off with the Mayor’s award, a clean sweep.

But third prize was ridiculously shared between three.

The sixth finalist was left on his own with fourth prize.

What kind of indecisive judging is that? And how was #6 left feeling? 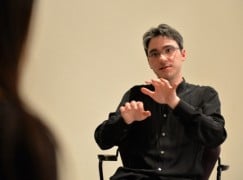