Ex-singer to be head of Chets

The troubled Manchester music school has a new head. Are we impressed? 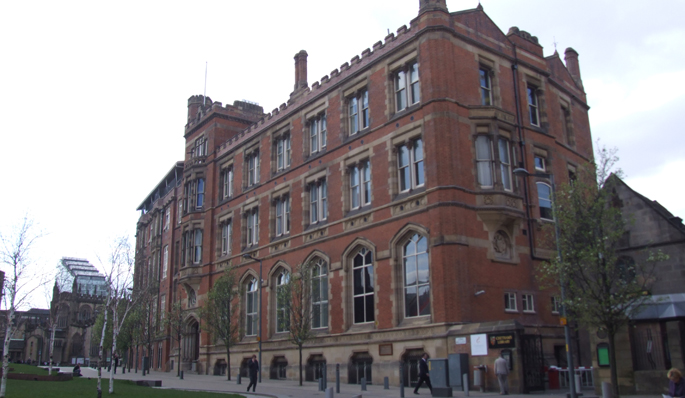 The School is delighted to announce the appointment of Mr Alun Jones as the new Head of Chetham’s School of Music.  Mr Jones will take up his post from 1st September 2016, following the retirement of Mrs Claire Moreland after 17 years’ exceptional service to the School.

Mr Jones has been the Head of St. Gabriel’s School, Newbury since 2001 and is the current President of the Girls’ Schools Association,  representing the heads of many of the top performing day and boarding schools in the UK independent schools sector.  A former Choral Scholar, freelance singer and ad-hoc member of BBC Singers, Mr Jones began his teaching career at The Cathedral School, Llandaff and The United College of the Atlantic, St Donats Castle.  Following positions as a Music Master & Choirmaster, Director of Studies and Deputy Headmaster in GSA boarding and day schools, Mr Jones was appointed Principal at St Gabriel’s, Newbury in 2001.  Alongside headship, Mr Jones has been a Team Inspector for the Independent Schools’ Inspectorate (ISI) since 2002 and is a Director on the ISI Board.

Mr Jones said “I am looking forward tremendously to joining Chetham’s School of Music in September and was thrilled to be appointed to the rôle.  It will be a privilege to join a school with such a fine reputation nationally and internationally and I relish the challenges that the job will bring.”

Dame Sandra Burslem, the Chair of Governors, said “Our recruitment process was extensive and thorough and the School has appointed an outstanding Head to lead Chetham’s through the next stages of the School’s exciting developments.  I know that the whole School community will join with me in welcoming Mr Jones.”

Peter Jonas: Europe is amazed at attacks on ENO »