Death of a record maestro

We have been informed by his son, Alexandre, that the Argentine-born conductor Carlos Païta died in Switzerland on December 19, at the age of 83.

After a promising career launch, giving the South American premiere of Mahler’s second symphony, Carlos moved to Europe in 1968 but failed to settle with any of the orchestras he conducted.

A Decca producer, Tony D’Amato, signed him after hearing a concert in Brussels to record for the snazzy Phase4 sonic brand. His debut with Wagner orchestral pieces became a demonstration record. Païta followed up with further orchestral spectaculars, first on Decca and subsequently on his own label, Lodia (now defunct), mostly with London orchestras. 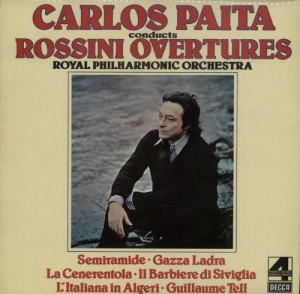