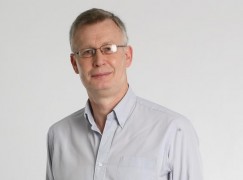 Richard Morrison publishes a diatribe today in favour of sacking lots of chorus and orchestra members at English National Opera to save it from insolvency. His justification:

Over the past 20 years ENO has had an astonishing £33 million in taxpayer-funded bailouts, over and above its annual grants and not including the present £7 million. So I find it ludicrous for ENO’s grand former stars — and Tony Pappano from his cushioned position at the Royal Opera House — to call for a “public debate” before the new management makes cuts. We’ve been debating ENO’s future for decades. It will be bankrupt in two years if action isn’t taken now.

What this proves is that ENO has been underfunded by an average £1.65 million over the past 20 years. Still £33 million is a lot of money to lose. He has a point.

But hang on: isn’t Richard Morrison also the chief cheerleader for the London Symphony Orchestra’s campaign to build a new concert hall for Simon Rattle? That hall, on prime City land, will cost half a billion pounds.

That’s 15 times ENO’s losses over 20 years. So much that the Government hasn’t dared publish the feasibility study it commissioned from Sir Nicholas Hytner. Half a billion pounds for the wrong building.

If anyone can spot an inconsistency in Richard’s position, please let us know.