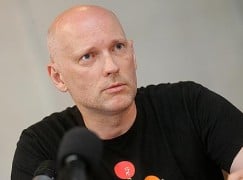 « Sports star says: Forget the game, go to the orchestra