It has been confirmed this morning that Professor Wang Cizhao, rector of China’s top music conservatory for 21 years, has been fired after a Party investigation into his daughter’s wedding last June.

It was found that he used Conservatory facilities for the lavish event ‘in violation of party discipline’.

Professor Wang, 66, was confronted two months ago by an open letter signed by 18 retired Conservatory professors, accusing him of privatising the Conservatory for personal gain.

His dismissal, which takes immediate effect, is part of a Party crackdown on alleged corruption in higher education music institutions. The Conservatory’s party secretary Mrs Guo Shulan has been put in temporary charge.

Today’s dismissal has sent shock waves through the upper echelons of music organisation in China, and beyond. Professor Wang is an international figure whose connections reach right across the global educational spectrum.

His daughter, whose wedding has been criticised, is a graduate of Yale Music School. 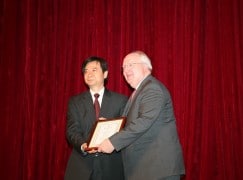 The Beijing Conservatory, as part of its 75th anniversary year, awarded Lang Lang its first honorary doctorate. If Professor Wang is thought to have broken the rules, many others have cause for concern. 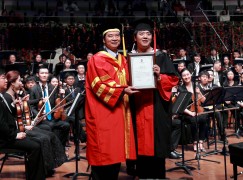