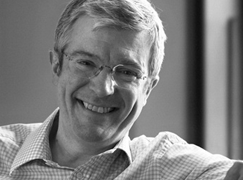 From our observer at the House of Commons culture committee grilling today of the BBC director-general:

·        Damian Collins MP (Con) asked whether there should be an independent investigation into whether Yentob had abused his position in trying to influence coverage of KidsCo.

·        Tony Hall said “No, I don’t”. He explained that he’d been talking to Alan about his future since the autumn. Yentob had decided to resign.

·        Hall made clear that there had been an ‘investigation’ at the time by Fran Unsworth, Deputy of Director for News but she had reported back to him that BBC News had not been influenced by Yentob, and that Yentob in the gallery had “no impact whatsoever” in the decision making of the Today prog. Hall added, that, in his own view – since then the BBC hadn’t been at all constrained by Yentob’s role and had actually led orrun with the KidsCo story “without fear or favour”.

·        Damian Collins MP questioned that, given Unsworth was Yentob’s colleague, shouldn’t he have been investigated by “someone more independent”?

·        Hall said ‘No’, Fran was a woman of considerable virtue and talent who knew the BBC News operation extremely well and he trusted her judgement. “For me the most important issue is – has any of the coverage, in any way, been altered, changed, diminished because of this. And the answer is no!”

·        Damian Collins MP (Con) pointed out that there is a difference between Yentob attempting to influence BBC News; and actually managing to influence them. Surely, the BBC should be just as concerned about his motivation and his intention… rather than whether he succeeded. Collins suggested a “double-standard”; between an issue when it’s on screen talent, and when it was a BBC Executive.  He cited Jeremy Clarkson, Jonathan Ross, Russell Brand where there had been investigations “…and action had been taken – but here really nothing has been done”.

·        Hall then suggested the word ‘investigation’ was “rather heavy”. He reiterated that Fran Unsworth’s judgement was that the output of the BBC had not been impacted.

·        Hall answered that Yentob had already admitted that he regrets going into the Today Prog gallery.

·        Hall also suggested that he had told Yentob that such behaviour was “improper”.

·        Hall admitted that he had been talking to Yentob since the Autumn about his role in the BBC. “The results of those conversations you saw a few weeks ago.”

·        Damian Collins MP said the incident raised another issue – about the culture of an organisation where senior members of BBC treat more junior colleagues. Was this out of character for Yentob?

·        Collins asked if his resignation was inevitable?

·        Hall admitted that – whilst not inevitable, there was a cumulative effect, and Alan himself saw the damage it was doing…

·        Damian Collins MP (Con) asked whether Hall would have preferred the Trust to have run an independent investigation – rather than drop the issue on the grounds Yentob is resigning – which leaves the affair open to conspiracy and speculation. Hall reluctant to criticise The Trust’s decision.

·        Damian Collins MP (Con) pointed out that, even though an  individual has chosen to move on, the issue should be investigated to prove conclusively that BBC News had not been influenced

·        Hall suggested that some of Yentob’s role was being reallocated to acting Director of TV; and Helen Boaden, Director of Radio; plus BBC Studios.

·        Hall defended Yentob – spoke warmly about Yentob’s contacts and contribution. But no – the role wasn’t be replaced

·        Damian Collins MP questioned the fact that Yentob had two different contracts; as  Creative Director, and separately presenter. Hall made clear this was the situation he had inherited on returning to the BBC. Going forward Yentob’s presenting contract would be via BBC Studios.

Union appeals to Culture Secretary to save besieged ENO »