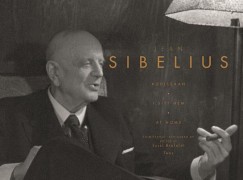 Bank pulls out of Sibelius orchestra

In 2006 the Nordea bank founded the Nordea Jean Sibelius Orchestra for young players. The conductor is Jukka-Pekka Saraste and the Sibelius Academy helped with tuition.

In 2012, a recording by the orchestra was awarded a gold disc for exceptional sales.
This week, the Sibelius Orchestra dropped the Nordea from its name after the bank refused to maintain its support.
The Finnish state has rejected 12 funding applications on the grounds that this is the bank’s orchestra.
Other sponsors have failed to come forward.
It looks as though Finland will end the Sibelius Year with the disappearance of the Sibelius orchestra.