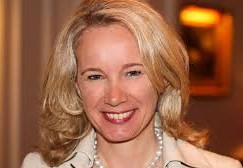 An Englishwoman to head the Salzburg Easter Festival

The festival’s governing board have elected a new chair for the next five years. She is Sarah Wedl-Wilson, Vice-Rector for External Relations at the Mozarteum University.

Sarah, 46, has previously worked for IMG Artists in London, the Camerata Salzburg and the Cologne Philharmonie. She was artistic director at Schloss Elmau and sidekick to René Jacobs at the Innsbruck Festival of Early Music.

From her official bio: In 2010 she founded  her own company, Wilson Arts Projects, which provides Arts and Festival Consulting in London, Austria and Italy. In 2012 she became Managing Director of the Camerata Salzburg for a year, until a serious ski-ing accident forced her to step down.

« Breaking: Orchestra is locked out in Canada cold