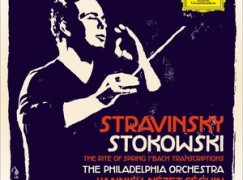 Yannick reins back as Philadelphia continues its slide

There’s a frank assessment by Peter Dobrin today in the Philadelphia Inquirer of the unchecked decline of a once-indomitable orchestra, a decline that is gathering speed despite the partnership of a world-class conductor and dazzling musicians.

2 Yannick Nezet-Seguin has had to trim his program plans and take a wage far below other US music directors – $519,319 for 10½ weeks in the last accounts*. Philly’s former MD Eschenbach gets over $2m in DC.

3 The musicians have accepted a one-year contract and are murmurous.

4 Many think Michael Kaiser is going to dig them out of the hole.

*UPDATE: We have been furnished with the full pay details for Philadelphia’s music director in the accounting year 2013. They are: The compensation listed on the IRS Form 990, $519,319, is an after-tax number. Yannick is engaged as an independent contractor; hence, the Orchestra pays taxes to the US Internal Revenue Service. These amounted to $227,950. Total compensation also included $12,564 in expense reimbursements, primarily travel-related. Added to the $519,319 this totals $759,833, which was Yannick’s total compensation for 2013.

Renata Scotto: I slapped a tenor »