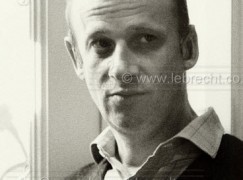 Working with the demanding Luc Bondy: a memory 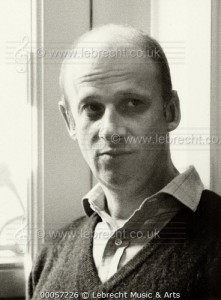 I have just read about the premature passing away of Luc Bondy. I had the privilege and the pleasure of working with him on three different occasions, during my days at Théâtre Royal de la Monnaie, in Brussels.

Twice it was on operas written by his friend Philippe Boesmans, a revival of “Wintermärchen”, from Shakespeare, and the new production of “Julie”, a chamber opera based on the Strindberg play, for both of which Bondy also worked on the libretto. The third time was on a co-production of Britten’s “The Turn of the Screw”.

His renditions of these three operas were three masterpieces in the staging of musical theatre. Bondy was a very demanding artist, determined, sometimes stubborn and even whimsical, but always very rigorous, painstaking, severe, stern, starting with himself. But he was intimately imbued and steeped in theatre, top to bottom, instinctive, spontaneous and improvisatory.

With Bondy, after Chéreau and Ronconi, we have lost one of the greatest and most genuine stage directors of the last decades: a true innovator, but never, ever gratuitously provocative. Not all of his productions were fully successful. I found his controversial “Tosca” and his “Clemenza di Tito” not completely convincing. But I also recall his outstanding production of Haendel’s “Hercules”, in Aix-en-Provence, which was absolutely breathaking.

It was immediately very easy for me to get in a good and warm relationship with him, maybe also because he sort of liked speaking with me a bit of Italian, a language that he somehow smattered charmingly. He was a cultivated, well-mannered, gentle and witty man. In some free moments, at dinner, we could speak of many things, not only about theatre and music. I have a nice memory of one night when, with the help of a good bottle of Chianti provided by the “Roma” restaurant, just off La Monnaie, we had quite a long chat about modern Italian writers: Bondy wanted to know more. We spoke about Pier Paolo Pasolini, whose work he knew, mostly on the cinema side, and we spoke about Italo Calvino, whom he did not know.

The following day I gave Bondy a little present: a little wrap with a couple of Calvino’s books, in a French translation. Some time later, when we incidentally met again, he was curious to know if Calvino had ever written some theatre play… Last time I spoke to him it, I called him because I wanted to ask if he could find time for meeting an Italian composer, a dear friend of mine, who wanted to let him know about a certain project he was working on. Bondy made himself immediately available… “Give him my phone number, tell him he can call me when he wants…” Sit terra levis.

Discovering the social limits of classical music – and El Sistema »