Glyndebourne’s last chief exec came from running a London period-instrument orchestra, the one before from a London arts centre.

The new head on the cowpats comes from the heart of the process.

Sebastian F Schwarz is credited locally with much of the pizazz that has made the Theater an der Wien the best show in Vienna outside the Staatsoper.

He was number two at the ancient theatre, and his casting has been both young and daring. In addition to main-house duties, he set up a youth ensemble, a baroque voice competition and a university course.

This appointment could be interesting. Where previous Gly chiefs have operated under the landowner’s thumb, Schwartz is thought to have obtained guarantees of artistic independence. There would be no point, otherwise, for either side in him taking this job. 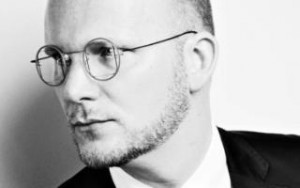 He has received an enthusiastic endorsement from the music director, Robin Ticciati: ‘I am extremely excited about what Sebastian Schwarz will bring, especially his own personal artistic vision and his inspiring approach to what he believes opera can be in the 21st century.’

« Muti is organising a peace concert at Assisi