It’s the security I remember best.

One day in December 1981 the German Chancellor was flown in by Luftwaffe jet to record a Mozart piano concerto at the fabled studios – and all traffic in the neighbourhood went into logjam as the cops came out in force.

Schmidt, who died today aged 96, played third Steinway to Christoph Eschenbach and Justus Franz in a dare-you recording of Mozart’s triple concerto with the London Philharmonic.

On hearing the edit, the Chancellor said he had no idea he was such a good pianist. He wasn’t; EMI had great editors in those days. I think Peter Andry was executive producer.

But he was a tremendous music lover and supporter of the arts. No major artist ever played in Bonn or Cologne while he was Chancellor without being invited to dinner. 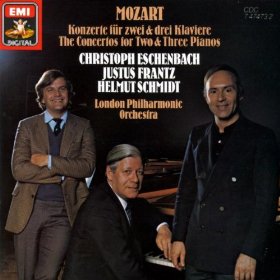 UPDATE: And here’s more about the session and who made off with Helmut’s hat.