A rehearsal of the Rite of Spring by the New Zealand Symphony Orchestra turned more feral than usual today when percussionist Lenny Sakofsky burst right through the skin of his drum.

It’ll be all right on the night, we hope. 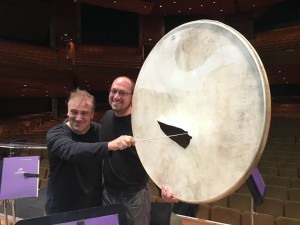