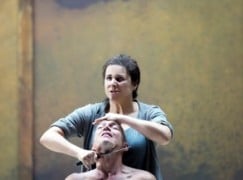 Katy Perry has just been named the highest earning female performer by Forbes, with 2015 revenues of $135 million.

Who, we wonder, tops the classical field?

It could be Anna Netrebko, if only she was inclined to accept some of those pressing invitations to private oligarch parties. It could also be Angela Gheorghiu or Renee Fleming.

But, on the basis of statistics received, we believe it is Cecilia Bartoli, by far the highest selling female classical singer on record and a highly successful touring artist in her own productions.

No-one else, we believe, comes close.

« A pioneering Greek conductor has died