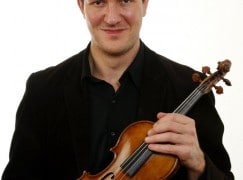 Stranded in America, a violinist gives thanks to his friends

Stefan Arzberger, first violin of the Leipzig Quartet, has been on bail in America for the past eight months since he was charged with attempted murder after an incident in a Manhattan hotel.

Yesterday he made another court appearance but the case seems no closer to coming to trial. Meantime, Stefan is dependent on support from friends who have responded to his FundRazr appeal. 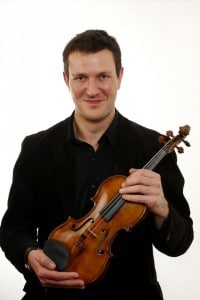 Liebe Freunde, dear friends,
A short statement by my lawyers about the hearing today:

We were in court today, doing everything we can to move the case forward.
The judge said he would be away until January 14 and so we adjourned the case to that date to avoid any unnecessary delay.
The judge denied our request that Stefan is being permitted to return home for the holidays, but directed the prosecutor to do everything possible to assure that its expert psychiatrist prepares his report by the adjourn date.
We are hopeful that on January 14 the judge will set a trial date.
Richard Levitt & Nicholas Kaizer

Ich bin nun mehr als 8 Monate in diesem Land – ohne wirkliche Perspektiven und absehbare Zeiträume. Ich darf nicht arbeiten und muss alles vermeiden, was eventuelle Schwierigkeiten verursachen würde.
(I am more then 8 months here in the US without any perspectives and timelines.I am not allowed to work and I have to avoid anything getting me and others in any trouble.)