It is reported that the award-winning jazz singer Cassandra Wilson refused to leave her hotel room to perform at the Royal Festival Hall on Sunday. By the time she was coaxed out, half the audience had left.

Cassandra later went on social media to blame the ‘unprofessional and disrespectful’ promoter.

The promoter said: ‘Cassandra is an artist I still have huge respect for as a singer. I just have very little respect for the way she behaved. She treated the audience with contempt. I understand people who are too sick to perform or are very unhappy and need looking after but the first mention of any illness was when she went on stage. The things she has said simply don’t fit together.’ 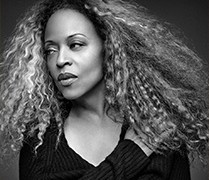