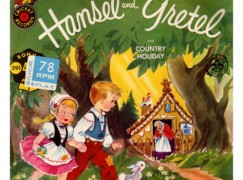 Sicklist: Vienna loses both its Hansel and its Gretel

We reported yesterday that Chen Reiss, the designated Gretel, had pulled out of Vienna’s new version of the faily-favourite with an unspecified illness.

Today,  Daniela Sindram had to be replaced as Hansel at the dress rehearsal for much the same reasons.

The company are confident Daniela will recover in time for Thursday’s opening, when Christian Thielemann conducts Adrian Noble’s new production.

UPDATE: Chen has just posted: Due to a chest infection I sadly had to withdraw from the production of Hänsel und Gretel at the Vienna State Opera. It is a marvelous production in every aspect and I wish my colleagues a big Toi, toi, toi for opening night.

Is music really ‘our reply to violence’? »