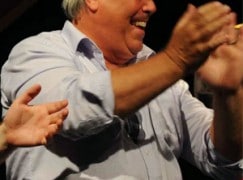 We have been informed of the passing of Richard Cowan, an American bass-baritone who sang leading roles in major US and European houses and in 1998 founded the Lyrique en Mer opera festival in Belle Île, France.

Richard had been struggling for several years with illness; his death was announced by the festival.

As a performer, Richard came first to attention in Berg’s Lulu at the Maggio Musicale, Chicago and San Francisco. In 1990, he played the opening night of the Met as Chaunard in La Bohème.

His signature role was Bluebeard in Bartok’s Duke Bluebeard Castle, which he played at Deutsche Oper Berlin, Geneva, Turin, Melbourne, Liège, and at his own festival.

Our sympathies to his widow, Uliana Kozhevnikova, his daughter, Alexandra Cowan, and loved ones.

A memorial service will be held in Pittsburgh, early next month. 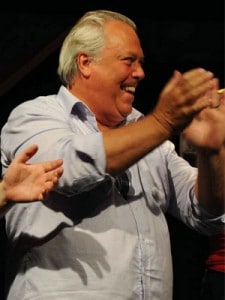 « Lang Lang is named heir to the Sun King

In the tense centre of Brussels, a cellist plays Hallelujah »