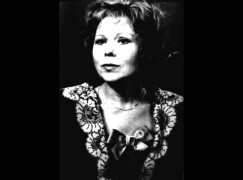 Renata Scotto: I slapped a tenor

The prima donna has been telling Corriere della Sera about male divas…. she’s not a fan.

I didn’t really like Mario Del Monaco. Also, I once gave Giuseppe Di Stefano a slap on stage. During a duet in L’elisir d’amore, instead of singing, he wandered towards the back of the stage to eat an apple. I looked at the conductor asking him, with my glance, what I should do? Continue alone? In the next scene Di Stefano returned to the footlights. My character, Adina, was meant to give him a pinch on the cheek, but instead I gave him a loud slap.

« Yannick reins back as Philadelphia continues its slide